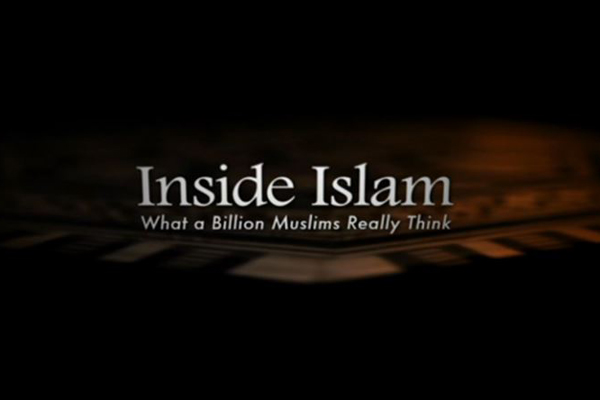 The Documentary - Inside Islam: What a Billion Muslims Really Think, explores the expertly gathered opinions of Muslims around the globe as revealed in the world’s first major opinion poll, conducted by Gallup, the preeminent polling organization.

Gallup researchers began by asking the questions on every American’s mind.

Why is there so much anti-Americanism in the Muslim world?

Who are the extremists and how do Muslims feel about them?

What do Muslims like and dislike about the West?

What do Muslim women really want?

Crucial policy decisions hang on these questions. They continue to generate passionate disagreements in the public square. Yet for all the heat and controversy, the actual views of the world’s Muslims have been conspicuously missing from this debate.

Now, we have the missing answers and statistics, gathered, parsed, and analyzed not by pundits but by professional researchers.

As part of this groundbreaking six-year project, Gallup conducted tens of thousands of interviews with residents in 35 predominantly Muslim nations, as well as smaller populations in Europe and the USA.

The broad extent of the polling has delivered findings for the world’s 1.4 billion Muslims with a plus or minus accuracy of 3%.

Focused on the issues of Gender Justice, Terrorism, and Democracy – Inside Islam presents this remarkable data deftly, showing how it challenges the popular notion that Muslims and the West are on a collision course. Like the research, the film highlights a shared relationship that is based on facts – not fear.

What Does Islam Teach About Justice?

Justice and Fairness for All in Islam

Rights of Non-Muslims in Islam

Crime and Punishment in Islam

Should Muslims Obey the Laws of the Non-Muslim Countries they live in?