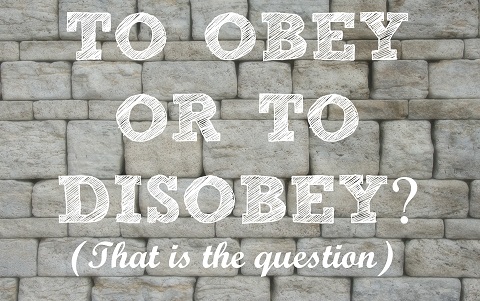 The following question was asked to Sheikh Salman al-Oadah:

The Muslims living a non-Muslim country, even if they originally entered that country by means of forged documents, are considered to be living in their adopted country under a covenant. They must, therefore, comply with the laws of their country of residence without, at the same time, disobeying Islamic Law.

“And fulfill (every) covenant. Verily! The covenant will be questioned about.” (Qur’an 17:34)

“And fulfill the Covenant to Allah when you have covenanted, and break not the oaths after you have confirmed them.” (Qur’an 27: 91)

A Muslim is not to break or violate oaths or promises. He will not be a true faithful Muslim if he does so. Allah Said:

“It is not the case that every time they make a covenant, some party among them throws it aside. Nay! The truth is most of them believe not.” (Qur’an 2:100)

Among the characteristics of a hypocrite is that he: “…acts treacherously toward covenants (pledges), and when entrusted, he betrays.”

Scholars have stated that those who enter non-Muslim countries have to adhere to their respective laws and regulations even if they entered those countries illegally, and they have no excuse for breaking those laws, since they were entrusted to abide by those laws upon entry into those countries.

“If it happens that a company of Muslims pass through the enemy’s front lines by deceptively pretending to be messengers of the Muslim’s Caliph carrying official documents – or if they were just allowed to pass through the enemy lines – they are not allowed to engage in any hostilities with the enemy troops. Neither are they entitled to seize any of their money or properties as long as they are in their area of authority. This also applies in case of being truly trusted by the other party.”

Accordingly, we conclude the following:

Muslims living in non-Muslim countries have to comply with laws and regulations of the country they have been entrusted though valid visas to enter.  At the same time, they have to avoid whatever contradicts Islamic teachings.  In case they are obliged by law to uphold something contrary to Islamic teachings, they have to adhere to the minimum that the law requires of them.

One of the best approaches for a Muslim living in these countries is patience.  As long as he agrees to live in a non-Muslim country, he is never to rebel against the inhabitants of his choice of residence, even it seems too hard for him to endure.

What Does Islam Teach About Justice?

Justice and Fairness for All in Islam

Rights of Non-Muslims in Islam

Crime and Punishment in Islam